A transcript of all the important Q&A from the SEXP Telegram channel.

SEXP public sale will be open from Sunday 3rd October to Sunday 17th October. Contributions will be accepted in XTZ on Tezos, ADA on Cardano, and USDT on Ethereum, Avalanche, and Binance Smart Chain.

The public sale is open-ended and the token allocation is going to be split among the contributors. After the sale is over, you will be able to calculate the token price from the total contributions and the tokens distributed. There are no caps on how much a single contributor can contribute and no cap on total contributions. The sale runs for 2 weeks so that everyone has a chance to participate and people don't have to wait around to be the first to click.

After the sale is over, we are going to run scripts to calculate and distribute SEXP to everyone. The presale tokens are distributed at the same time as the public sale tokens. The SEXP from the presale and public sale allocation will be tradeable immediately. The tokens from the team allocation are vesting quarterly over 1 year.

What are SEXP tokens used for in SynthSwap?

SEXP tokens are used as collateral for minting the synthetic assets, which are then used by traders on the SynthSwap. By participating as a minter, you earn a portion of the trading fees.

How does synth trading work?

A trader who just wants to trade with zero slippage and doesn't care about minting will probably get synths using a stable pair on Quipuswap or another exchange with a stable pair focused curve. For example, sXTZ paired with XTZ, or sUSD paired with a dollar-pegged stablecoin. Then he can trade the sXTZ or sUSD for any of the assets on SynthSwap while enjoying the infinite liquidity, zero slippage and low fees that only synths can provide.

Are there liquidity pools on SynthSwap?

Trading on SynthSwap doesn't need pairs of assets like Uniswap or Quipuswap. Instead of liquidity being split among many different pairs, the liquidity is shared for all the synths. The closest thing to providing liquidity that you can do is mint synths and earn a share of the trading fees with SEXP tokens.

How does staking the SEXP token and minting of the synths work?

First people stake the SEXP token, then they can mint synths. Then they can put the synths into a DEX pair such as sXTZ/XTZ, sUSD/kUSD or sUSD/USDtz. Stable asset pairs help minimize the impermanent loss. In this scenario, stakers can earn from multiple sources – the trading fees on Synth Swap and the trading fees and LP rewards on the stable pairs.

The stakers need to stake some collateral (SEXP) to mint the sUSD or sXTZ and so if there is not enough minted, the prices on the stable pair on-ramp would move off peg. The overcollateralization makes it slightly harder to get synths circulating, but it's needed to ensure the system works.

Then traders who don't care about minting and just want to trade can buy the synth assets and use them in the SynthSwap.

Besides the trader app, we also have an app in the works for stakers where you can mint synths and keep an eye on your collateralization ratio.

Behind the scenes, there are several smart contracts that the system is composed of. One contract keeps track of the synths, another manages the trades, and the most complicated one is used to mint & burn synths and keep the system working.

The next Tezos protocol upgrade (Hangzhou) is going to have an important feature for smart contracts: Views. These make some types of contracts much simpler to audit and reason about, so we are going to be able to make significant upgrades to our contracts and to the Harbinger oracle after Hangzhou is adopted.

We are currently experimenting with an innovative liquidation system that keeps as much value as possible inside the system and helps counteract sudden price crashes. Most systems use a very simple liquidation mechanism, similar to what Kolibri on Tezos or Synthetix on Ethereum currently use. If a staker mints some assets and then the value of their collateral goes down below some threshold, the collateral is available for liquidation. A 3rd party liquidator can pay the debt (in our case, burn the minted synths). Then the liquidator gets the collateral as a reward. This works fine, but it can make value leave the system when prices get too volatile.

Instead, we can liquidate the undercollateralized staker directly via the protocol, and distribute their collateral among the other stakers. This is done in form of increased rewards for staking. This should result in staking being more attractive and create more market pressure to buy SEXP. All the other stakers take on some extra risk, but it is outweighed by the increased rewards.

What is SEXP tokenomics?

SEXP supply is one trillion. The token distribution is:

How long are the 25% tokens for future public sales locked?
The Future Cycles allocation is locked for several years. Taking into account the cyclicality of crypto market, the aim is to carefully distribute those tokens in some of the next bullish eras.

The Synthetic Exchange Project token is live now. The SEXP token purpose is to back the synthetic assets on the upcoming SEXP Synth Swap [https://swap.sexp.exchange/] - subscribe to this blog, follow us [https://twitter.com/getsexp], and join our Telegram [https://t.me/getsexp] to learn more 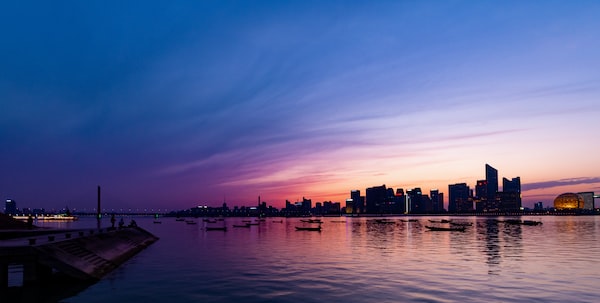 The next Tezos protocol upgrade, called Hangzhou, is expected to go live on the Tezos mainnet in December. It features several improvements, of which perhaps the most interesting to smart contract developers are the views. In  this article, we look at how views can help improve and simplify the design

DeFi is an ecosystem of independent smartcontract services running on the blockchain to allow trading, lending and other capital utilization securely and without any intermediaries. We will explain the concepts most common in decentralized finance. This post is based on the Tezos DeFi Terms Explained [https://tezos.org.ua/en/